I often end up with chests full of enchanted books gathering dust, which felt wasteful so I came up with the Wards mod to help solve that issue.

Wards harness the magic that binds enchantments into an enchanted book as well as power from a source. After a certain amount of time the ward would have accumulated enough energy and overloads, releasing the energy to nearby mobs.

The first step to getting yourself a ward is to search for ward cores found in shipwrecks and buried treasure. Unfortunately, they are always broken and must be repaired with some diamonds and obsidian, which can then be crafted into a ward. A ward can be placed anywhere, but cannot target anything outside of its line of sight.
The next step is to place an enchanted book on it (right-click) and then give it some power. The two sources of power are lapis lazuli and enchanted paper, which is crafted from any enchanted book. A ward can hold 100,000 units of power, and lapis lazuli and enchanted paper give 10,000 and 15,000 units respectively. The amount of power in a ward can be determined by how closed the book is. Closed book = inactive, fully open book = full power. 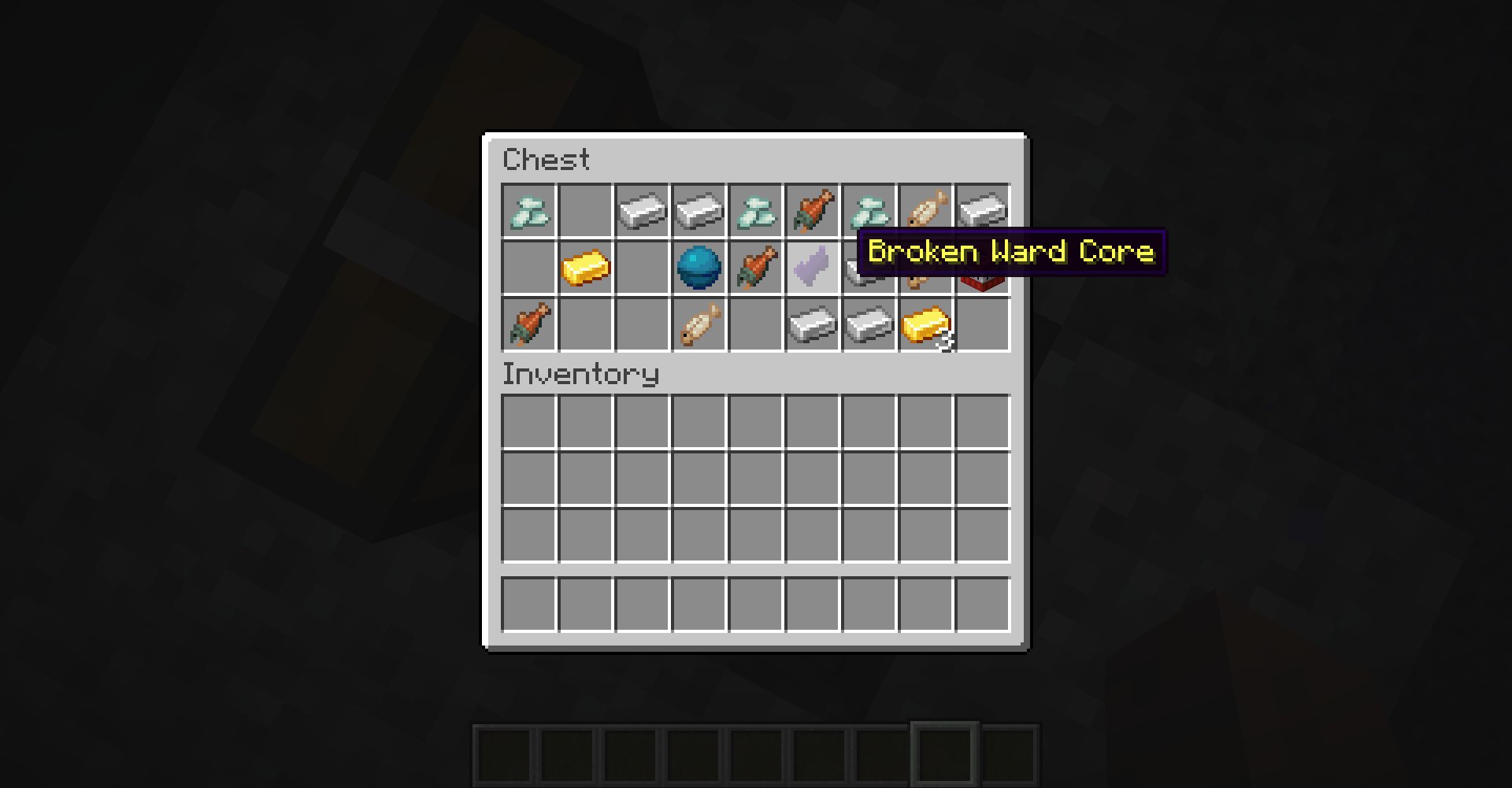 The ward periodically performs two functions: expel magic and empower player. The effects of these depend on the enchantment category. Both its expel magic and empower player functions cost 20 power, and automatically occur when a target is within range.
Wards can only perform these functions on targets within its line of sight.
The strength of a ward depends on the level of enchantment in the enchanted book. Higher levels extend the wards range and give stronger effects. A ward can benefit from up to two enchantments: primary and secondary. The primary enchantment is always the highest level, and the secondary enchantment is the next highlest level enchantment. If an enchanted book has two enchantments of the same level, this order is picked based on the order of enchantments displayed in the book. Secondary enchantments are always treated as level one. 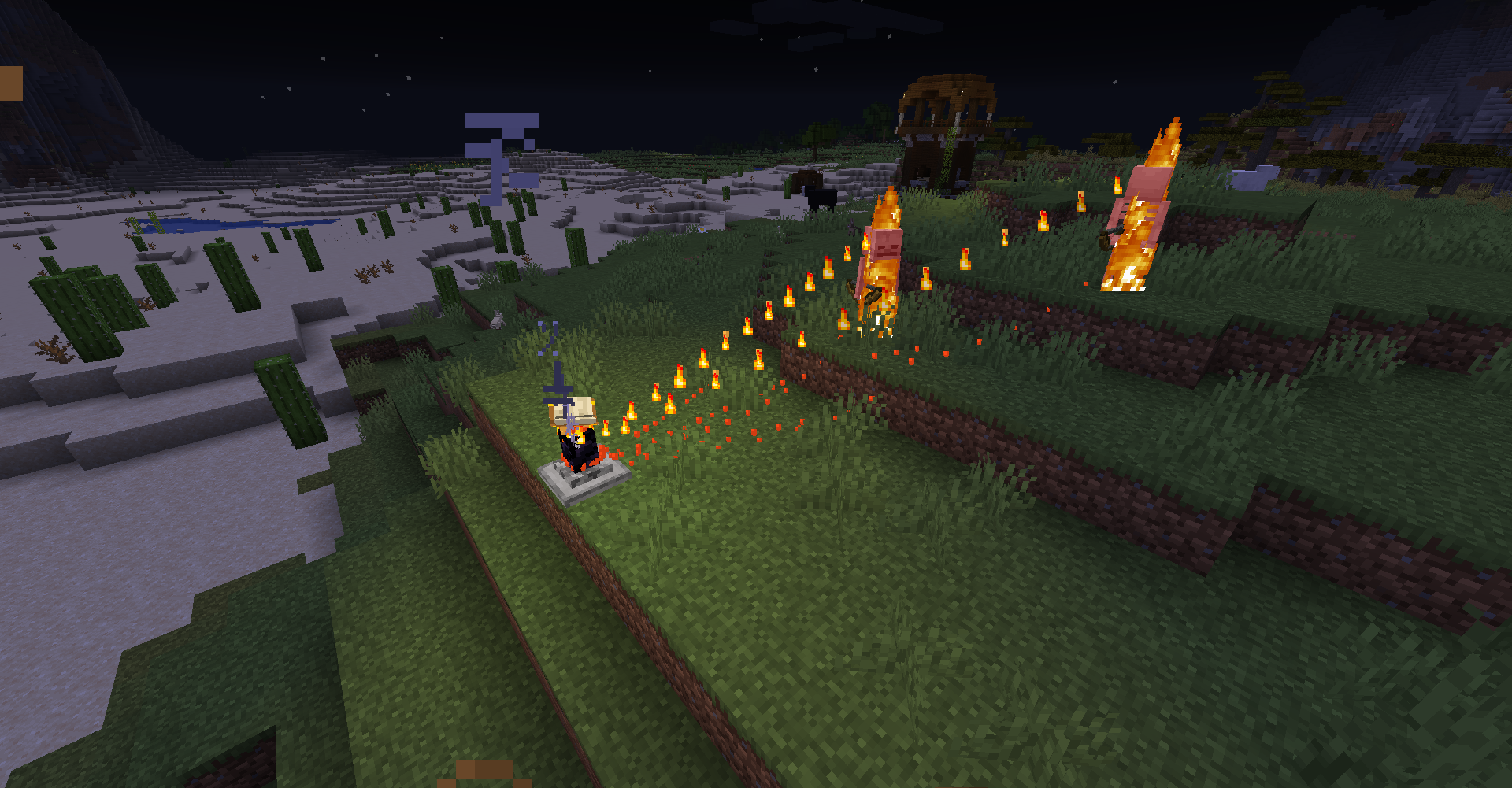 If a ward's range overlaps with another active ward, both wards cause magical interference and deactivates both wards. When this occurs, the wards will pulse redstone particles in the direction of the interfering ward.
A ward can also hold a regular book, which will disable its special effects and display an open book.
A strong redstone power (>= 15) will completely disable a ward, and anything weaker (15 > x > 0) will disable its expel magic function.
Right-clicking a ward with a command block sets it to admin mode, which changes its base from cobblestone to iron. Admin wards are always at full power and can only be accessed by admins/ops.

Other mods and stuff

Quark's ancient tomes are already supported, as well as the enchantments from Charm.
The config has options to set which enchantment belongs in which category. Enchantments that do not have a category default to combat. There are also config options to set what items are allowed on the ward and what power sources the ward can take. For example if you allowed minecraft:stick to be placed on the ward, it would let you place the stick and, if it is enchanted, treat the stick as an enchanted book.